So, in this article, we’re going to see the difference between the single and double C, both in its “soft version” and in its “hard version”.

Why do we start with nonsense words instead of real words?

Because, if you’ve learned real words with the wrong pronunciation, chances are you will get confused quite easily. Research has shown that it’s better to start with nonsense words to become familiar with a new sound. After that, it will be easier for you to hear and say that sound in real words.

For each nonsense word that you hear, mark whether you hear a single sound or a double sound. You’ll find the solutions in the next table. You can print out this table and mark with a pen.

And here you have the solutions to the previous game. How did it go? Remember that you might need some tries before you can catch the difference between these two sounds. So, play the track a few times and, even better, play it again in the next few days.

And now, let’s make it more real. You’re going to listen to eight words. For each word, mark whether you hear a single soft C or a double soft C.

Once again, you can print out the table below and mark what you hear with a pen.

And again, here you have the solutions. This time, I would like you to

And now, it’s time to move on to… the hard C sound. We’re going to do just the same that we did with the soft C, and we’re going to start with the difference between the single hard C and the double hard C.

And now, it’s time for some more nonsense words. This time with the single and the double hard C sound.

The procedure is the same as before: listen to the audio track and mark with a pen whether you hear a single or a double sound. Once again, the solutions are in the next table.

And as promised, here you have the solutions. How did it go?

And now let’s go back once again to real life. You’re going to hear eight words with the single hard C sound. Listen and mark if you hear a single sound or a double sound.

And here you have the solutions to this exercise. Once again, play the track, listen to the words and then repeat them out loud.

You’re going to listen to six words taken among the ones that you heard and saw in the previous exercises.

Take a pen and a piece of paper

Write down the words that you hear

You’ll find the solutions below this exercise.

And as promised, here are the solutions to this last exercise.

I hope you liked these exercises and I hope you can take something with you after doing them.

Remember to repeat them over the next few days. Don’t leave your brain alone. Lend it a hand to help you learn better. 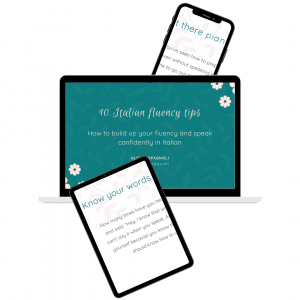 Get my free guide

Please, check your inbox to confirm your subrscription and get your guide.